The Global Biodata Coalition’s strategy is set by our Board of Funders. The GBC’s secretariat manages the delivery of activities, under the leadership of our Executive Director. Warwick Anderson (Chair)
Warwick Anderson has been the transitional Chair of the GBC Board of Funders since 2021. He was Secretary General of the Human Frontier Science Program Organization from 2015 to 2021.He was Chief Executive Officer of Australia’s National Health and Medical Research Council from 2008-2015. Prior to that he was Head of School of Biomedical Sciences at Monash University and Deputy Director of the Baker Medical Research Institute, following research fellowships at the University of Sydney and Harvard Medical School.

Prof Anderson obtained his PhD from the University of Adelaide, South Australia. His research has focussed on renal mechanisms in the pathogenesis of hypertension, including the roles of renal vascular remodelling and the renin-angiotensin system. He has published over 170 peer review articles. 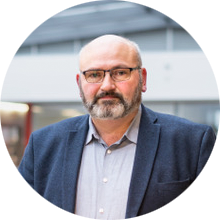 Guy Cochrane (Executive Director)
Guy Cochrane has been Executive Director of the GBC since March 2022. He is concurrently Team Leader for Data Coordination and Archiving and Head of the European Nucleotide Archive at EMBL’s European Bioinformatics Institute (EMBL-EBI). Dr Cochrane has over two decades of experience working with and leading biodata resources and is an authority on large-scale international sequence data sharing. He has driven numerous developments within the sequencing informatics world, notably leading the development of global next generation sequence data infrastructure and comprehensive submission, archiving and presentation services in the late 2000s, sequence data compression software, and most recently a portfolio of tools and services around data coordination including the “data hubs”.
Chuck Cook (Program Manager)
Rachel Drysdale (Global Core Biodata Resource Project Manager)
David Carr (Global Core Biodata Resource Selection Process Manager)

During its establishment, the GBC’s Steering Group has been instrumental in guiding its strategy and operations. We are grateful to its members for their huge contribution.

This website uses cookies to improve your experience while you navigate through the website. Out of these cookies, the cookies that are categorized as necessary are stored on your browser as they are essential for the working of basic functionalities of the website. We also use third-party cookies that help us analyze and understand how you use this website. These cookies will be stored in your browser only with your consent. You also have the option to opt-out of these cookies. But opting out of some of these cookies may have an effect on your browsing experience.
Necessary Always Enabled
Necessary cookies are absolutely essential for the website to function properly. This category only includes cookies that ensures basic functionalities and security features of the website. These cookies do not store any personal information.
Non-necessary
Any cookies that may not be particularly necessary for the website to function and is used specifically to collect user personal data via analytics, ads, other embedded contents are termed as non-necessary cookies. It is mandatory to procure user consent prior to running these cookies on your website.
SAVE & ACCEPT